inderblocks for a walk around the block @ KiMS

Mosey to Shed & Get a Cinderblock 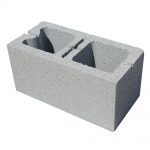 Mosey to Planters & Partner Up

Mosey to the top of 5th Pl

Always be ready for anything. F3 helps us train our minds and bodies.

Thanks for the letting me lead you men this morning! It made my day.